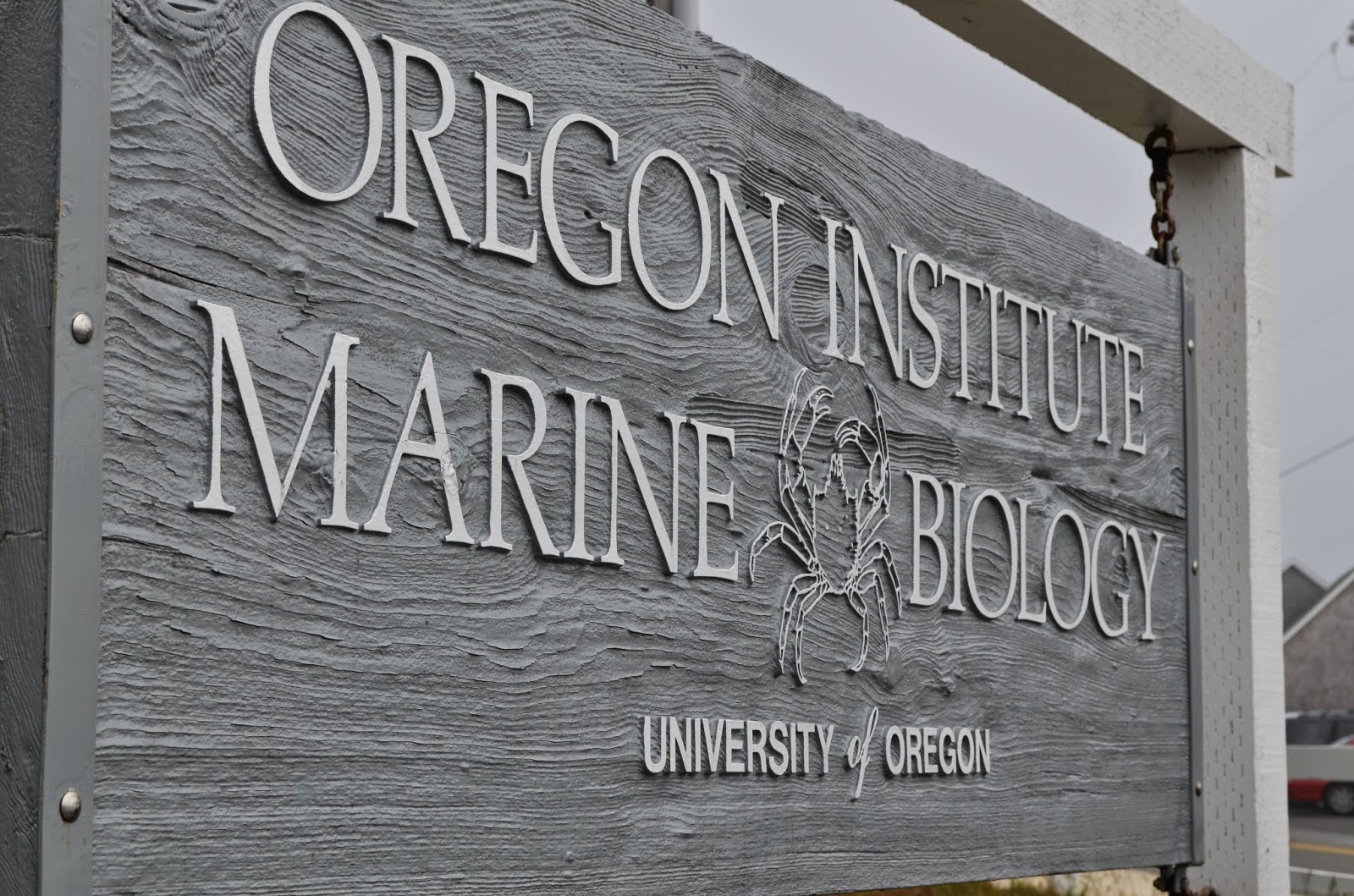 I had one 'shell' of a time visiting our fellow interns over at the Oregon Institute of Marine Biology in Charleston, Or this past week. I also went crabbing with my brother over in Garibaldi where we encountered rough waves and biting chills of water splashes.

Upon arriving to OIMB, we were greeted with the sweet aroma to that of parking next to a cannery plant- oddly enjoyable on my end. It was unplanned, but within twenty minutes we were off to do field work at a nearby beach where we would collect plankton for later analysis. A five minute drive over with and there we were walking down a path that led us to a view I've yet not seen. The water was filled with gigantic bulb kelp that seemed to stretch four feet long. We hiked along the rocky edges of the beach which took us to a spot where we'd have a panoramic view of the ocean. After we got a few samples of the water, we headed back for the OIMB for lunch at the dining hall. It was a glorious spread of soup, cheese bread, salad, berry cobbler, lemonades and coffee. After fueling up on good food and equally good company, we later toured the dorms and office facilities. We then were able to sneak into some of the classrooms that were temporarily empty, among the one's seen were the: marine mammals and the bird and wildlife classrooms. 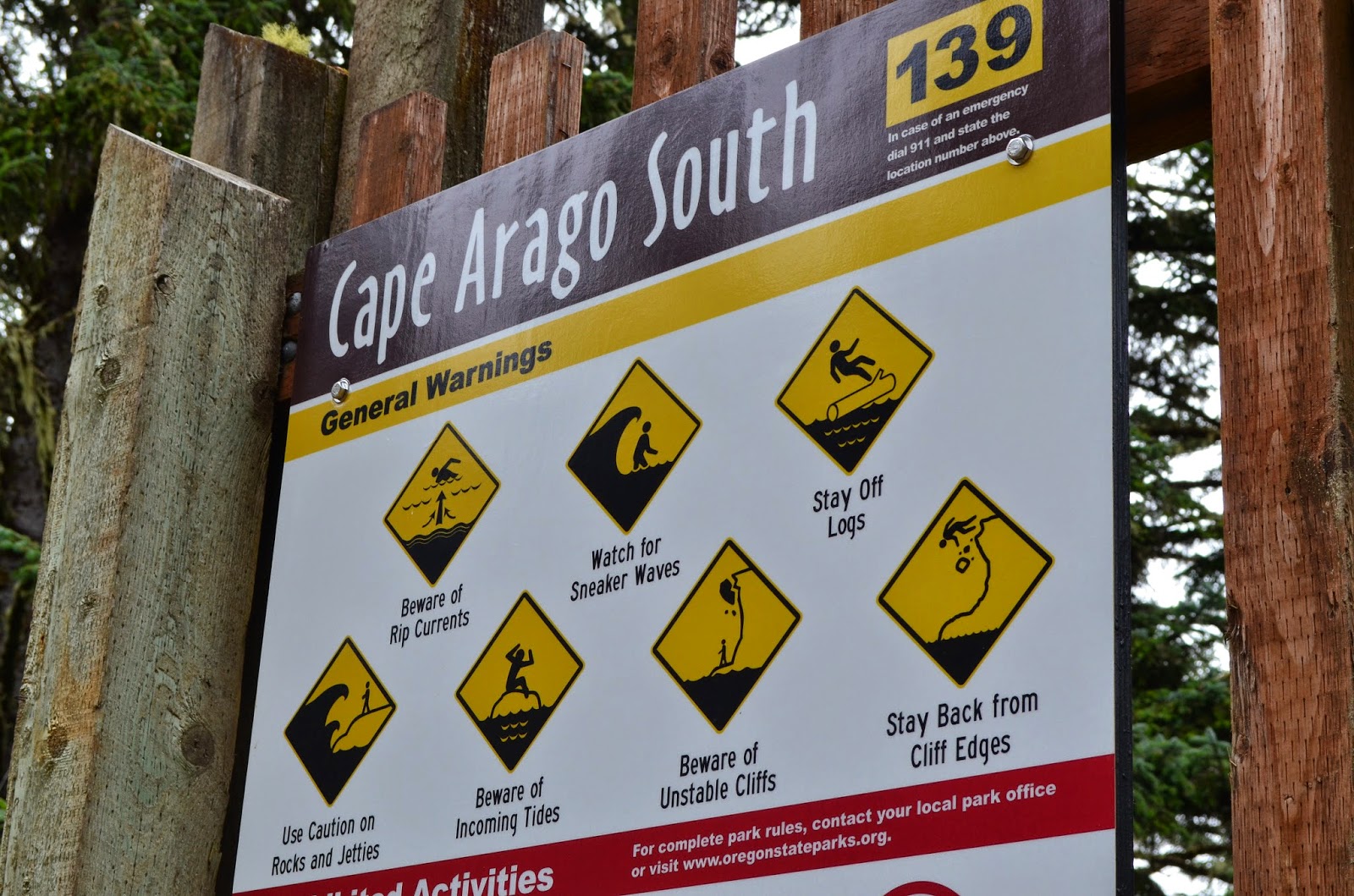 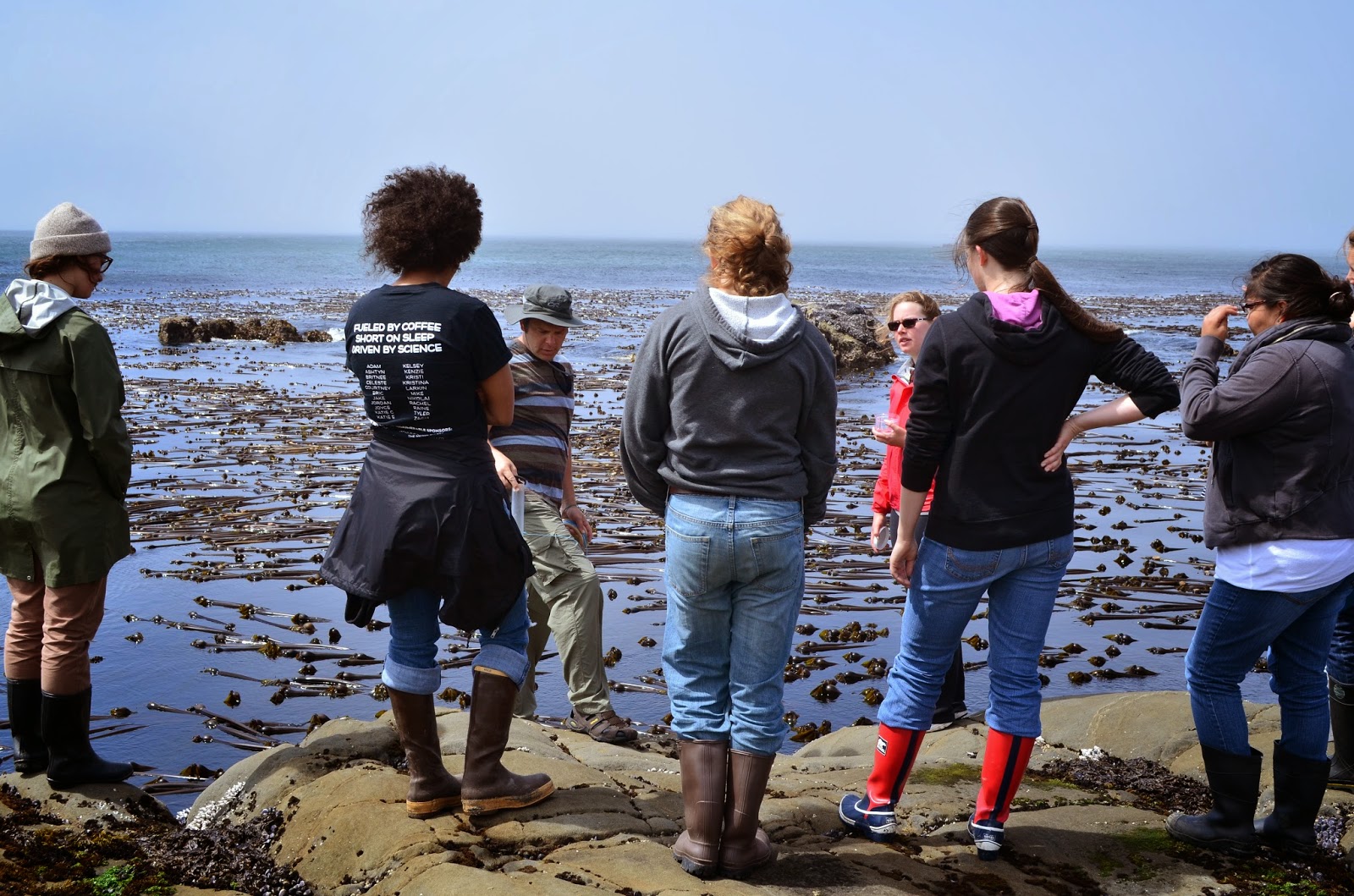 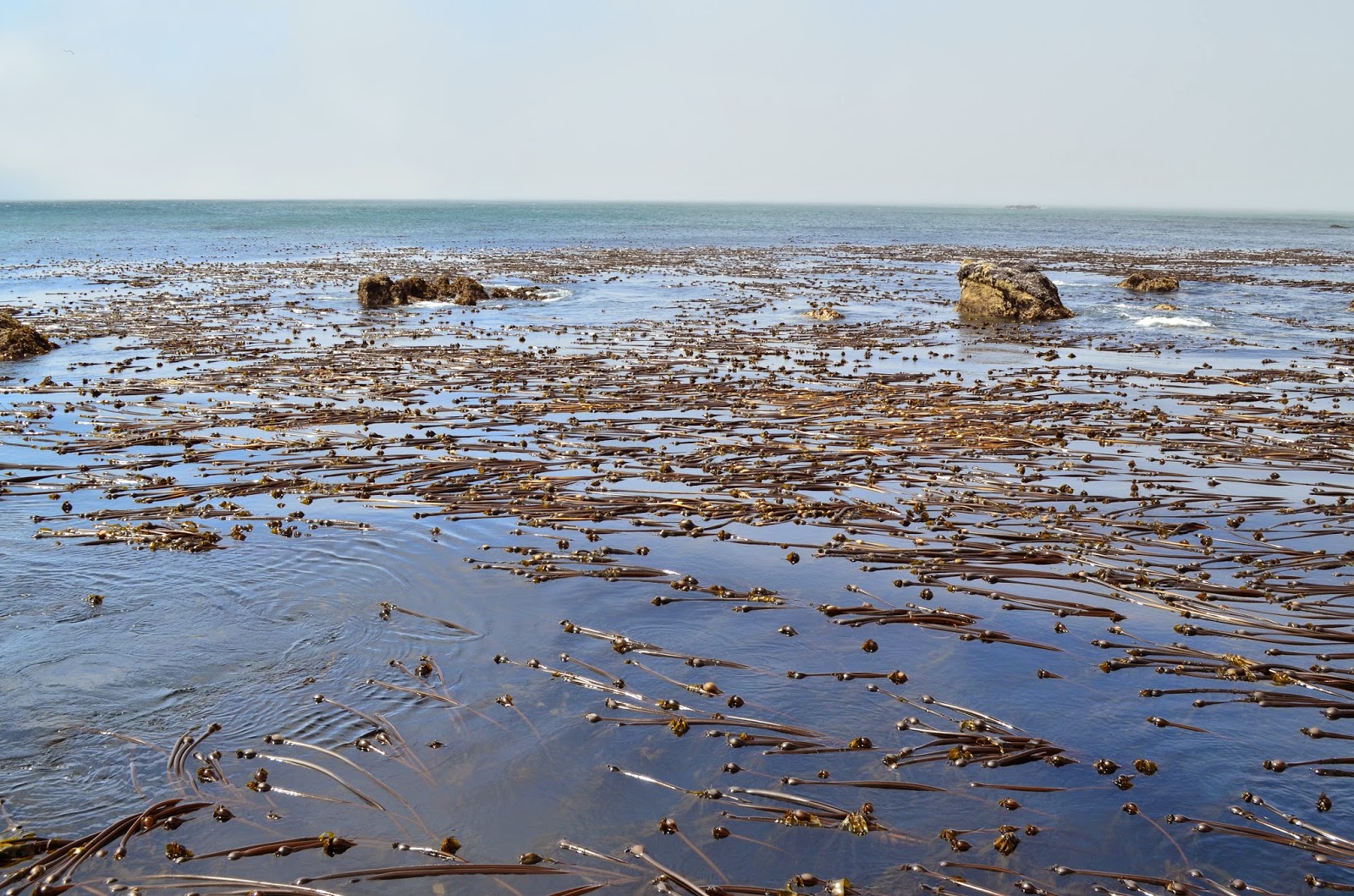 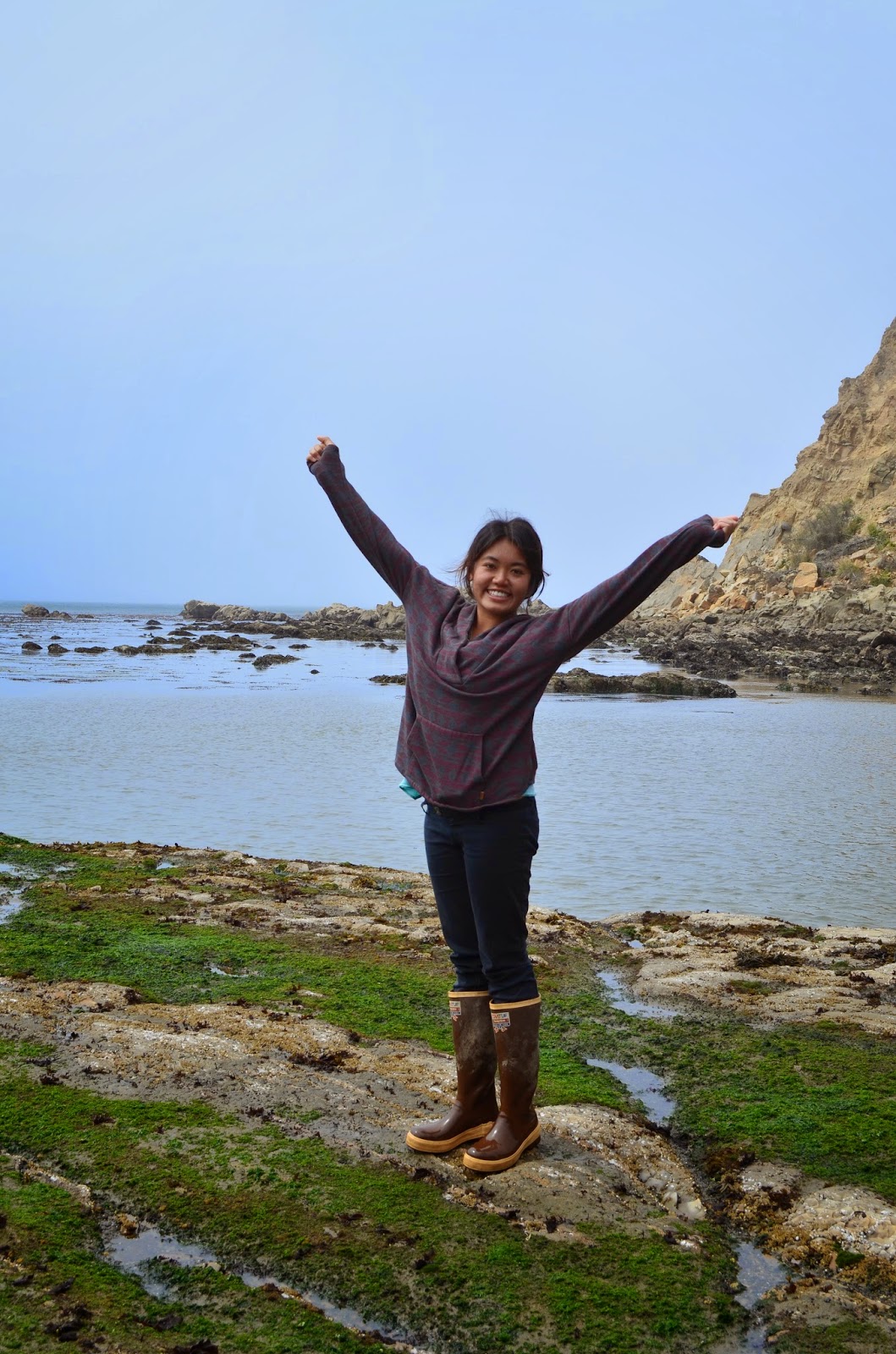 We later visited Dr. Shank's lab and his wondrous collection of marine life. It was a bouquet of colors of all different kinds of textures, composition and structure. His grad student, Kristen Meyer also accompanied us along the tour and talked about her recent project. It was an insightful visit to OIMB, and I look forward to the progress and results of our upcoming projects from the COSEE internship the second week of August. I'm curious to see the experiences and knowledge that we've all come across with our time working with such great people and environment. 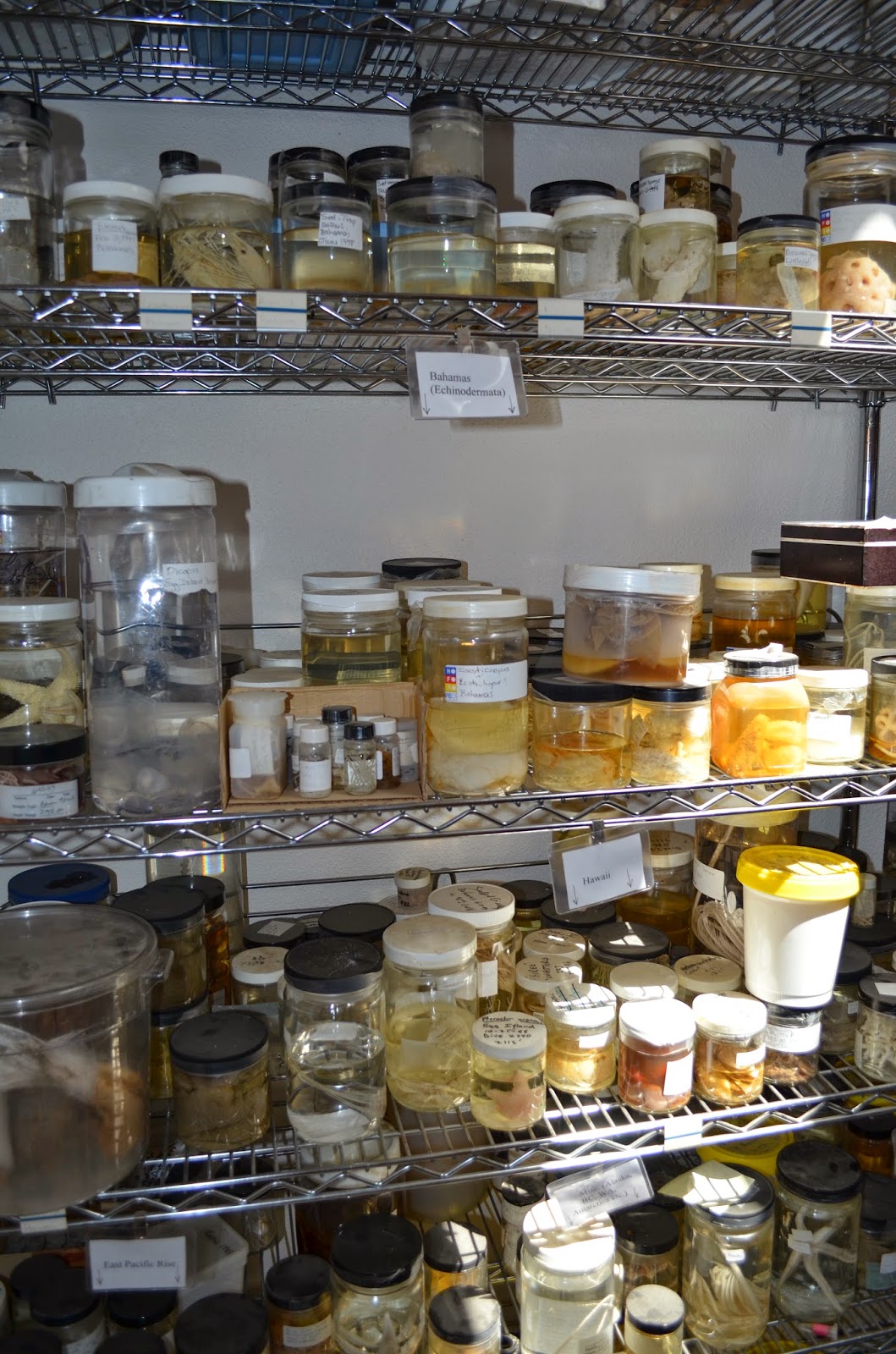 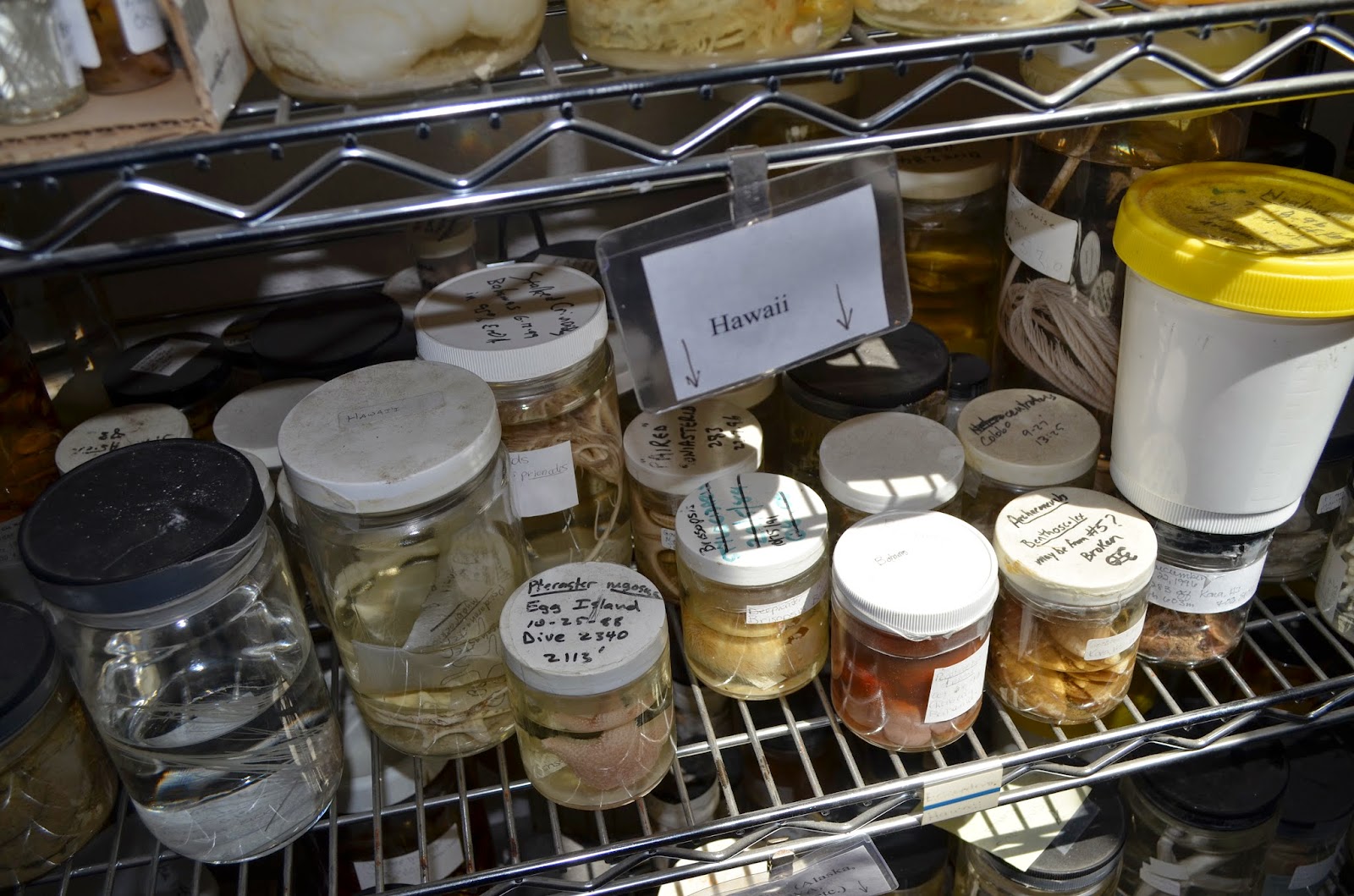 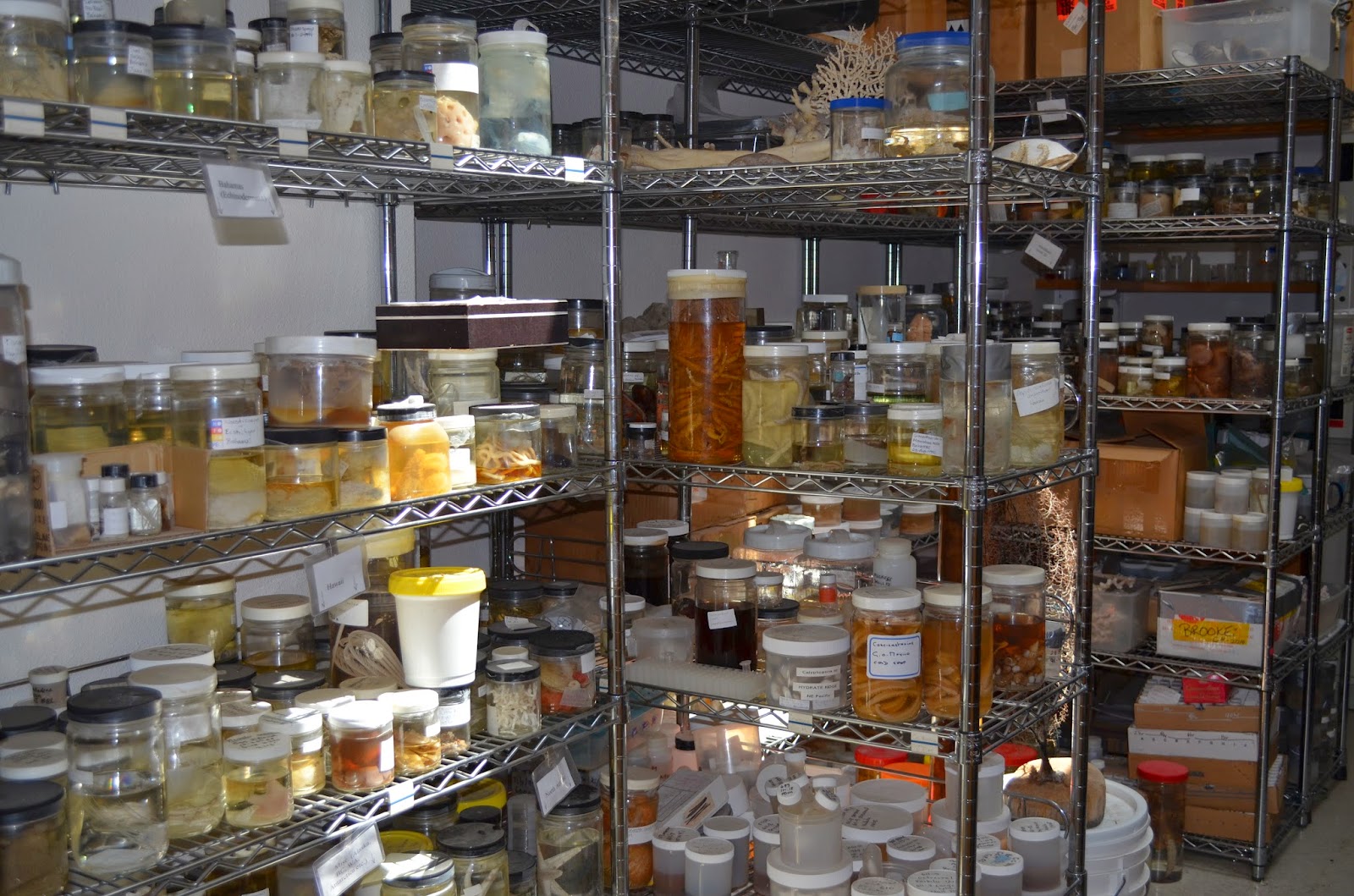