The sixth week of my internship under ODFW's wing was quite an adventure, however the most exciting part of this last week had nothing didn't involve ODFW. All the COSEE interns staying in Newport, hopped aboard an OSU van with intentions of Charelston. The ride down was filled with anticipation, and the ride back to the central coast was designated nap time for most of us. The most important part of this journey was visiting with the other COSEE interns over at the Oregon Institute of Marine Biology (OIMB).

We were able to wander around their cozy cottage like campus (a University of Oregon funded institution), eat a wonderful lunch with them in their dining hall, and we were able to visit the labs they're working in. Before we took a tour of campus, we went in the field with the gang, I fell behind while climbing the many rocks and didn't quite hear their presentation about field work. However, I discovered one of the most beautiful places of the Oregon coast that I've seen (I've lived here over a decade)! I envy the interns who are able to look, feel and touch such a wonderful spot in Oregon. Warning, pictures do not serve this location justice. 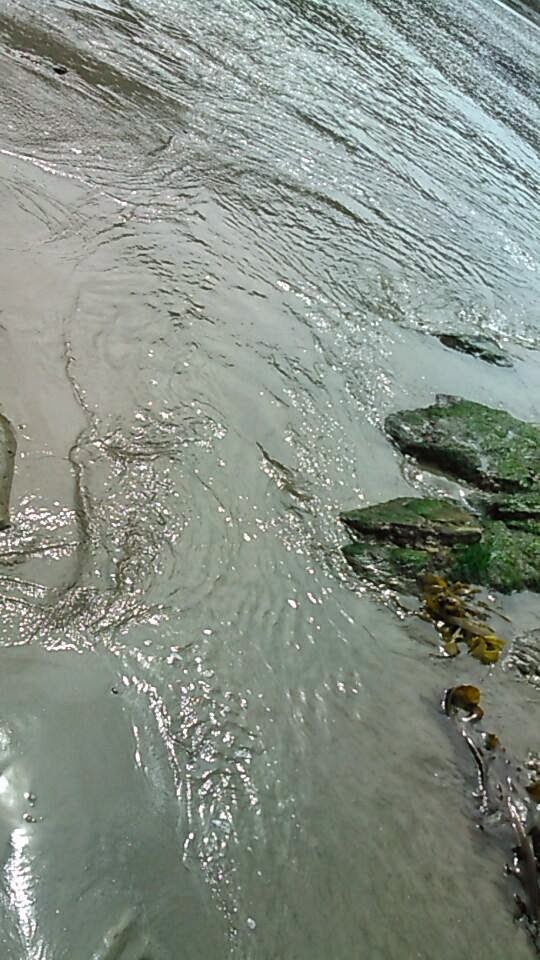