Throughout the summer I was working on an ongoing project that relates the abundance of phytoplankton to the width of the surf zone. Phytoplankton are autotrophic plankton.  Autotrophs are organisms that produce their own food and plankton are organisms that cannot swim against a current. The surf zone is the region between the breaking waves and the shore. In order to gather data on the subject, I spent approximately one to two days per week walking down to several beautiful beaches along the Oregon Coast for water samples.
The beaches, where water samples were gathered, had a range of surf zone widths. The reflective beaches, which are steep with rocks, had surf zones that were only a couple meters wide. The dissipative beaches, which are flat with fine sand, had surf zones that were approximately one hundred meters wide. Surf zone width was determined by averaging measured surf zone widths on google earth images in the summer months.

Once at the beach, water samples were taken by casting a fishing pole with a well bailer cast attached into the ocean. The water that the well bailer cast gathered would then be drained into a 300 mL container and a preservative would be added. In the beginning, Acidic Lugol’s solution was used as the preservative, but towards the end, as we lacked iodine to create more Lugol’s, Formalin, which contains Formaldehyde, was used instead.

Back at the lab, the phytoplankton contained in the 300 mL samples were concentrated into 25 mL samples by running the 300 mL solution through a 25 micrometer mesh. A one milliliter sample was then taken from the concentrated solution and dropped onto a slide. Using a compound microscope, every single cell of desired phytoplankton was then counted.
The types of phytoplankton counted were Chaetoceros, Navicula, Pseudo-nitzschia, and Dinoflagella. Chaetoceros and Navicula are both a common genus of phytoplankton making them good tracers for the surf zone hydrodynamics. Pseudo-nitzschia is a genus of phytoplankton that produces domoic acid. Domoic acid causes amnesic shellfish poisoning in people. Dinoflagellata is a phylum of toxic phytoplankton best known for causing the water to appear red during a Harmful Algal Bloom, also known as a red tide. The neurotoxin present in Dinoflagella can cause ciguatera and paralytic shellfish poisoning in people. 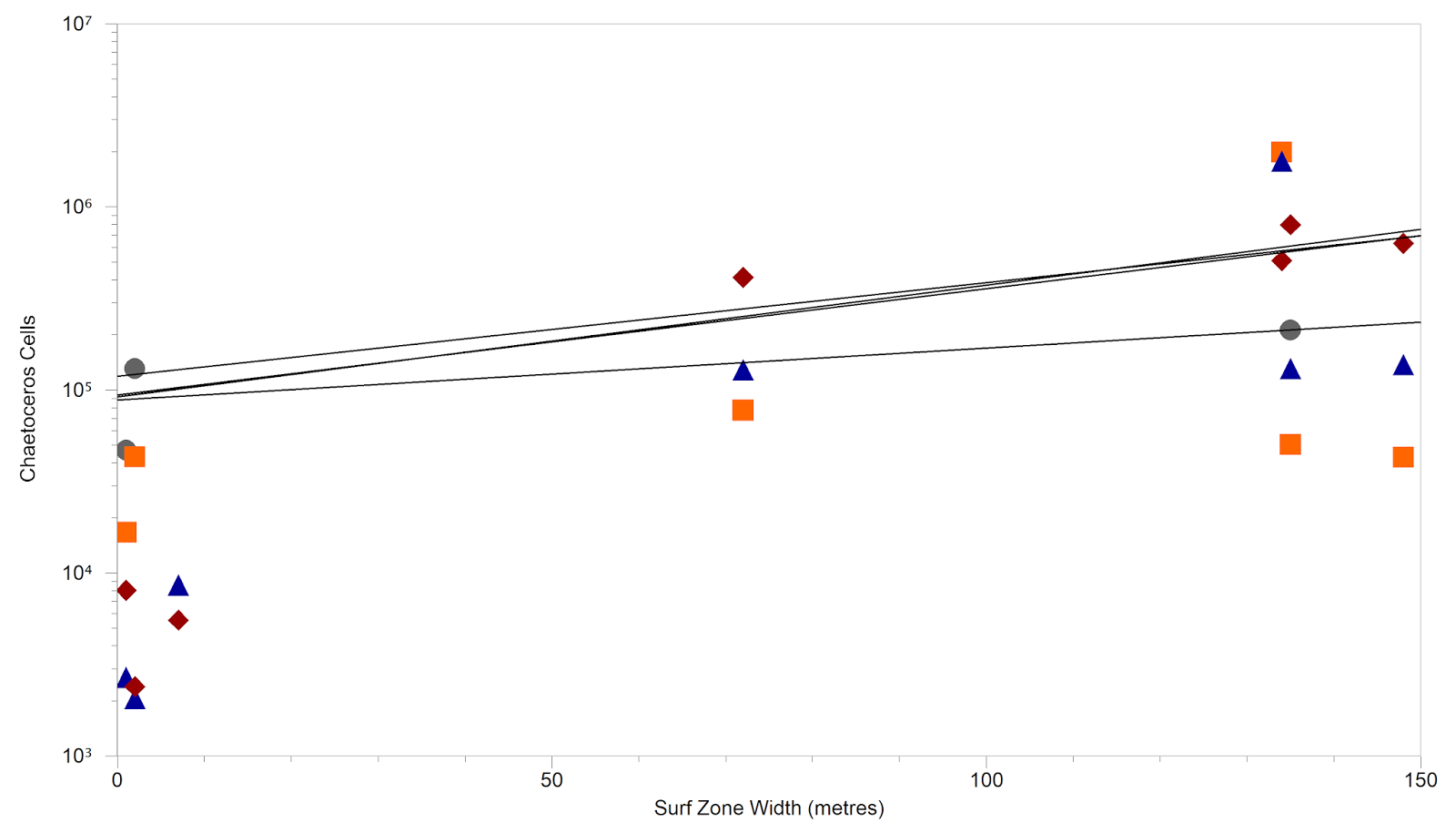 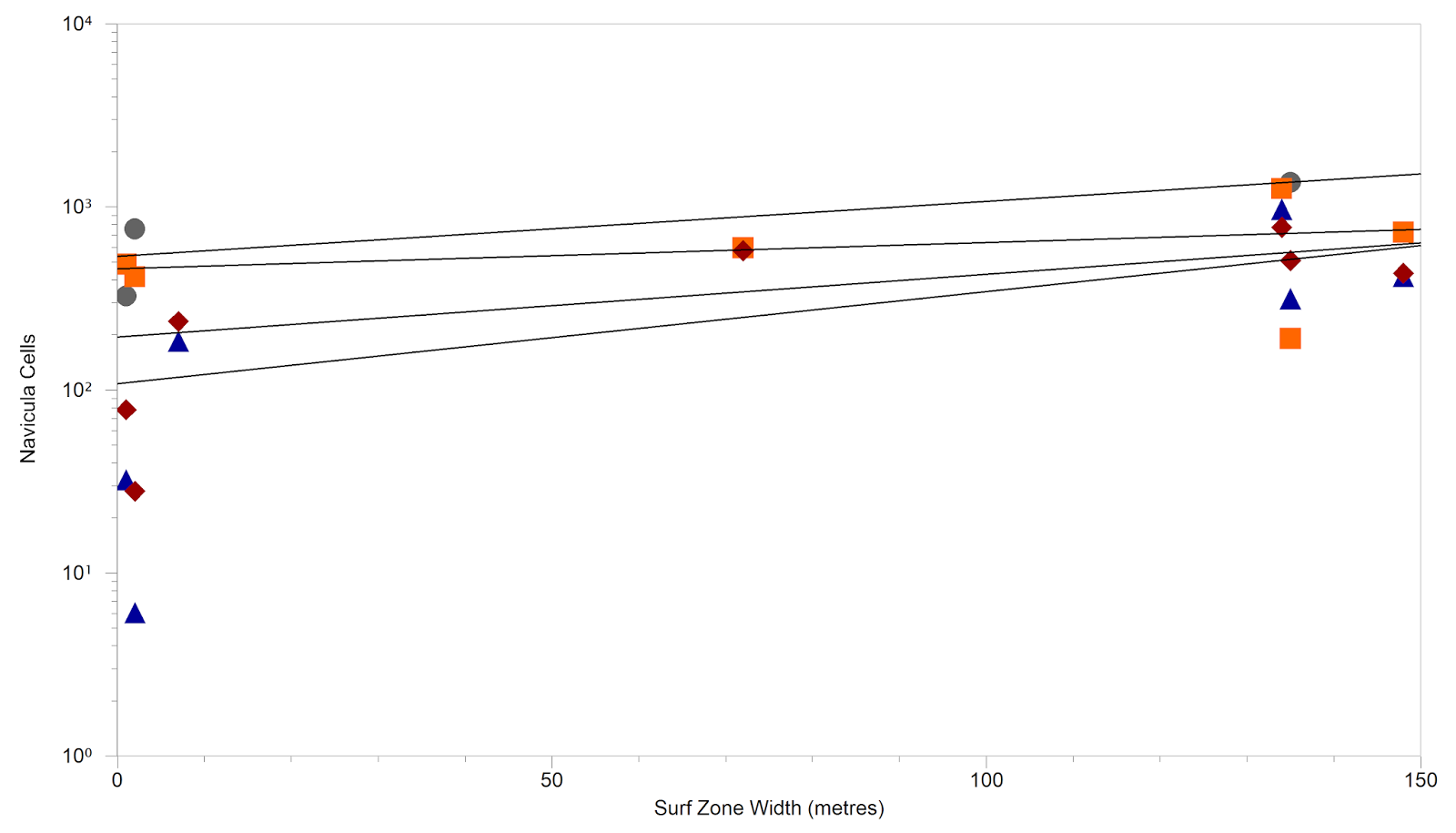 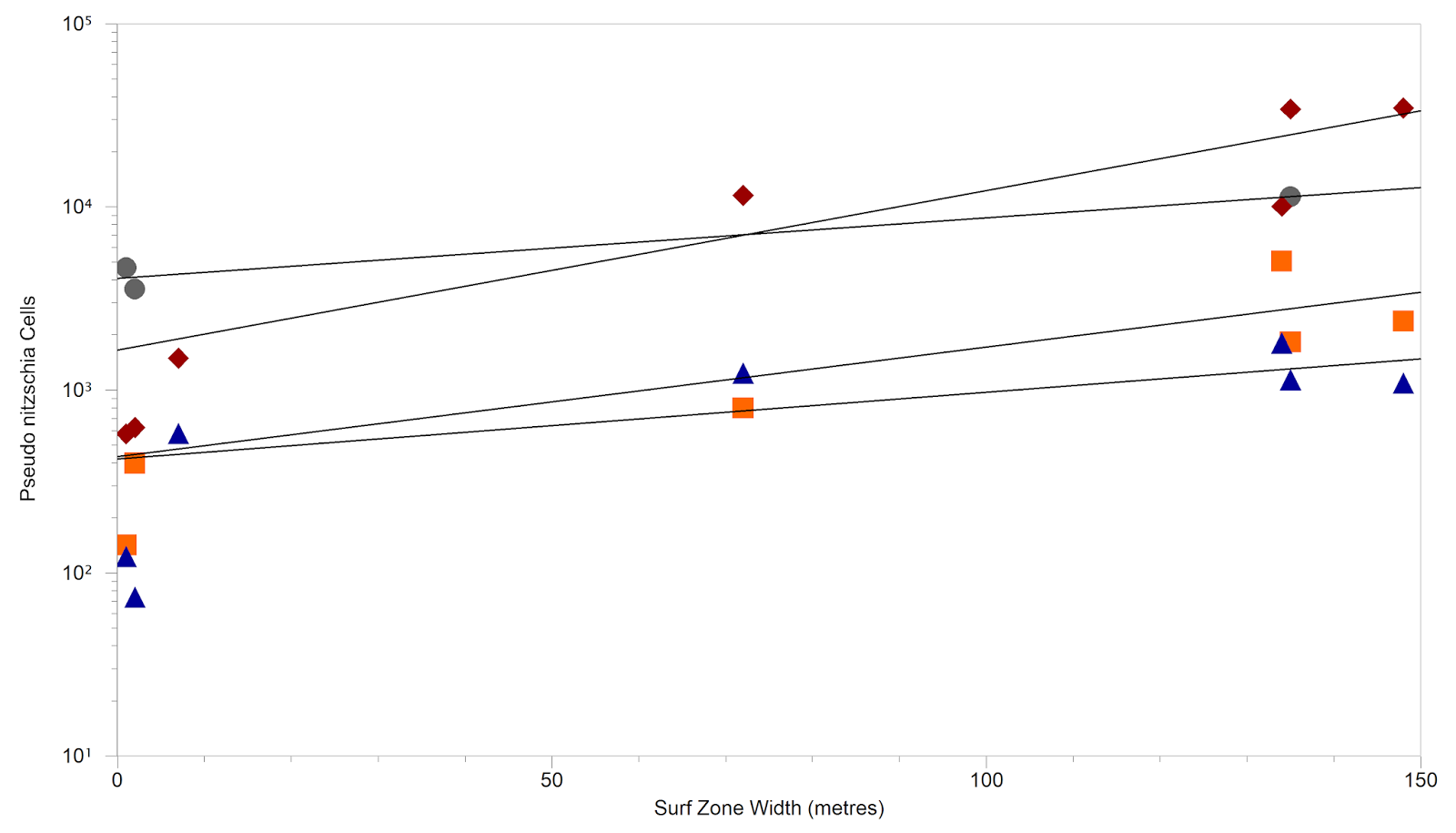 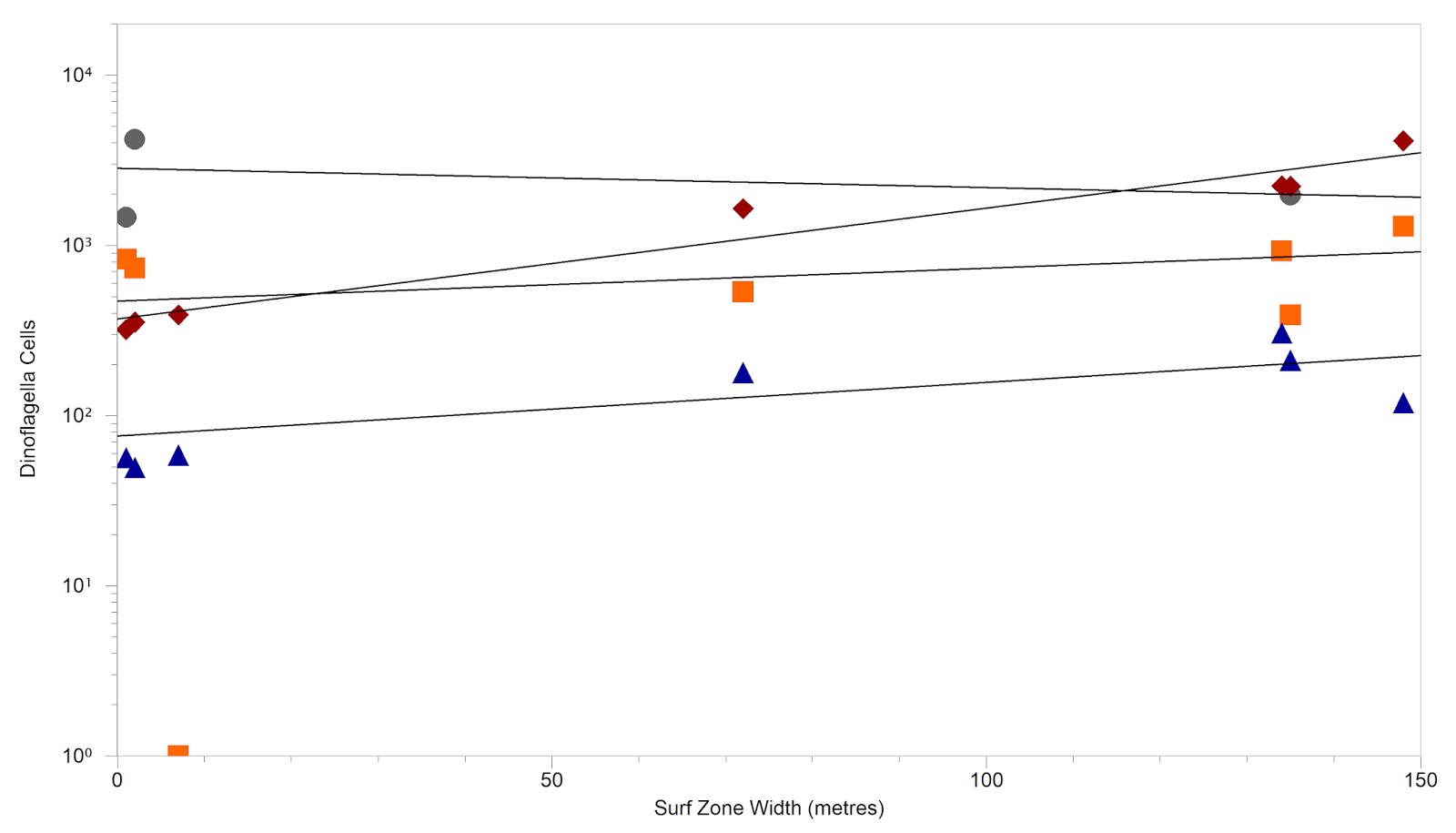 Posted by Leyia Johnson at 9:35 PM