My name is Jezzi Reynolds. Recently I graduated from Olympic College with an Associate of Arts Degree. This was just a step towards my goal of working in a Marine Biology related field.

I plan to obtain a Bachelor’s degree with a major of Marine Biology. I have always been interested in marine life. I believe this comes primarily from growing up in Washington and next to Puget Sound (near Seattle).

My mentor is Kirstin Meyer. She is a PhD student in Dr. Craig Young’s lab at the Oregon Institute of Marine Biology (OIMB). She is writing her thesis on this project. The project that I am assisting on will study the settlement and development of hard-bottom communities. For everyone who doesn’t understand scientific terminology this means that we will be observing and analyzing the different kinds of marine life on the ocean floor.

We will be placing cement blocks attached to buoys on the ocean floor at different distances from the Simpson Reef off of Cape Arago. These blocks will have 6 inch by 6 inch plexiglass plates attached to them. A hole is drilled in the center of each plate. These are then placed on bolts protruding from the blocks. We will have 2 screws coming out of the side of each of the blocks 4 sides and 8 screws total per block. A rope is attached to the top of the block via an eyehole bolt on one end and tied to a buoy on the other.

We will have 5 sites for the blocks. We have 10 cement blocks and 2 will be placed at each site. To keep things organized we have labeled these from 1A to 5A and 1B to 5B. We will place 1A and 1B at the first site, 2A and 2B and so forth. We labeled the plexiglass plates with both letters and numbers. For example one of these plates read 1AS1. This means that it is in the first site and the first block in the site out of two (either A or B). The second half of this label is either an S for Short term or an L for Long term. If it is short term then we will leave the blocks out for about a week and collect those plates (replacing the block to the site). For long-term we leave them for about 2 weeks. The last number is the number of the plate on that block. There will be 4 S’s and 4 L’s per block (S1, S 2 etc. ). Two S’s will be on each of the North and South sides. The L’s will be done the same way but on the East and West sides.

The first week from the 23rd to the 27th we spent constructing the blocks and preparing and obtaining other materials that we need.

Top Photo: One of our cement blocks with the plates and rope attached. Ready to be dropped at the site.

Bottom Photo: Ashley (a student also helping Kirstin with the project) and my mentor, Kirstin. 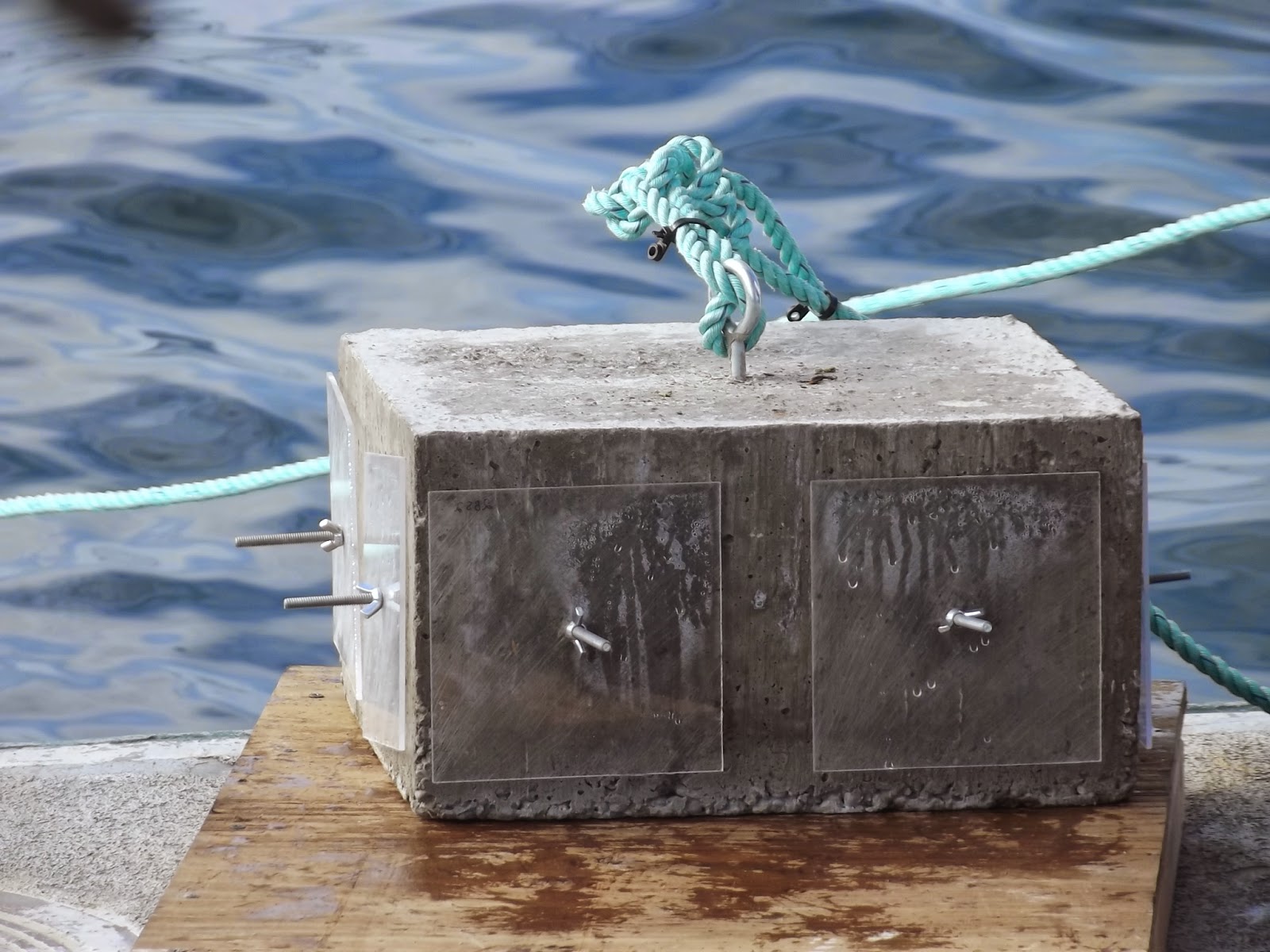 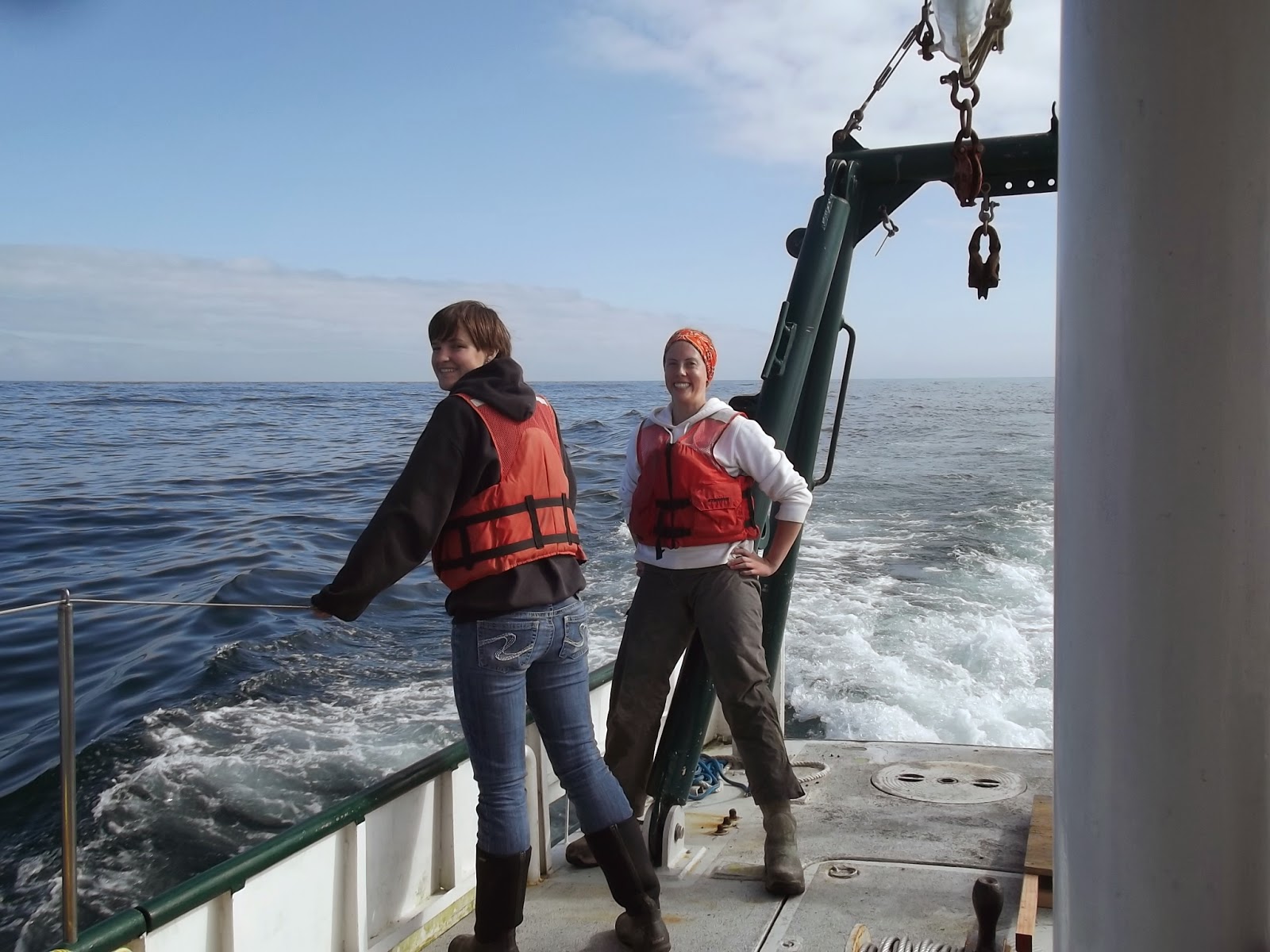