These last 8 weeks have been a roller coaster of emotions both in my personal and professional life. I nearly began my internship by running to an Oregon State orientation my second week. It was a moving experience, and filled with academic optimism. Aside from that, I learned how to use several pieces of expensive equipment, including Adobe's newest version of Premiere, while interning for COSEE.

Just a few weeks before my internship I graduated both high school, and received my two-year degree. I hadn't known that I was accepted into COSEE's program, I also promised myself that I would keep my summer filled with education. Close to three months later, I can say I kept that promise to myself. I can't explain how much I've learned and accumulated during my internship this summer. I felt unprepared at heart for the adventures to come, but my brain assured me that I could take on the challenges that would fly my way this summer.


I banded with a team scientific warriors for a collaborative video analysis. Going through data sets with a fine toothed comb, sitting in front of Adobe's Premiere for five hours, with eyes sharp like razors. I met some very intelligent scientists, and stumbled across realities and opportunities I wouldn't have been able to fathom otherwise. I learned how to snorkel, beginning in the Passages of the Deep at the Oregon Coast Aquarium before going into the ocean with arms full of equipment.

In 8 short weeks, I have gained priceless amounts of pride and strength during my time at ODFW, thanks to the Hatfield Marine Science Center, Itchung Cheung, Coral Gehrke, COSEE's PRIME program, and several other people. I have a new undying appreciation for my native coastline, and have a desire to taste every bit of education within my grasp.

WHAT DID I LEARN PROFESSIONALLY?


If there is one big lesson I've learned; it's that scientific projects take a massive amount of teamwork and layover from different area. What do I mean by this? While Cyndi is busy in the field interviewing as many beach-goers as she can,  people at the office are scoring under water video footage. Every few weeks a couple individuals go out in the field to SMURF, in order to asses how marine reserves are doing (see video below for a view of BNKY, or net to wrap around the buoy's that need to be collected).

Everyone seems to do their own part, in order to contribute to a larger goal, which is research. As you can see from the video below, Neal was looking one last time for any baby fish in the BNKY net, and continued to rinse the contents of the sea out. As a team, people on deck help her (or whoever is doing the task) get equipment on and off the vessel. Teamwork is essential within the core of science, otherwise there is not experiment of efficient setup!


WHAT DID I LEARN ABOUT MYSELF? 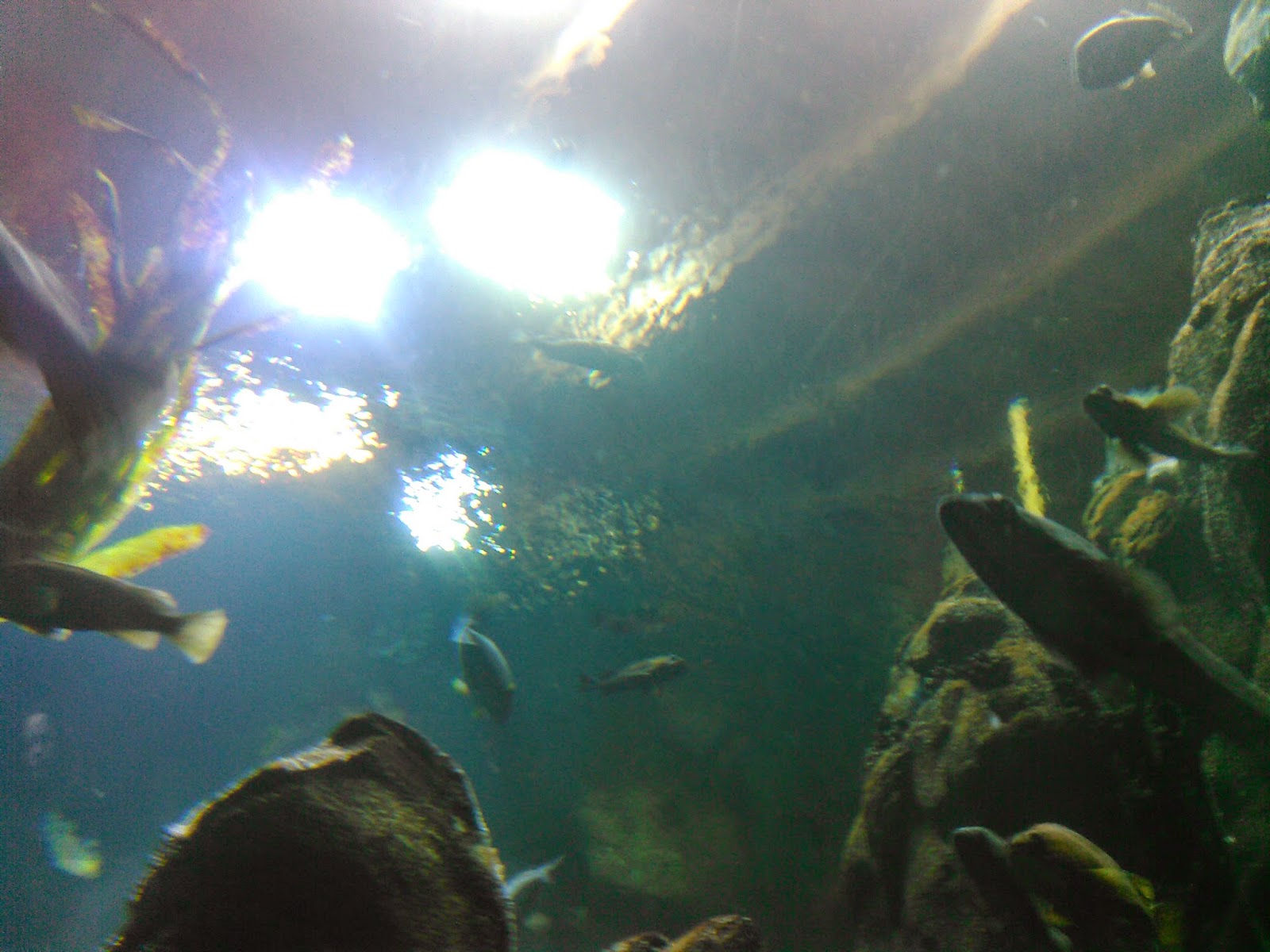 I found a passion for snorkeling. To the left is an image of the Oregon Coast Aquarium's Rocky Shores exhibit in Passages of the Deep. Hannah and I went snorkeling twice at OCAq, mainly in the (first) Halibut Flats tank.

I also learned that I have an acute sensitivity to sea-sickness, but jumping in the ocean with your wetsuit quickly remedies that situation! Below is a video from Depoe Bay, as we were departing from their tiny port. This is perhaps one of my favorite places to launch, at least that I've discovered so far.


I discovered numerous local beautiful beach spots. My favorite spot of all isn't a beach, but rather a small recreational area at the mouth of the Salmon River in Lincoln City. I stumbled across this location when I went in the field with Cyndi. Of the two four times I've been with her to this location, I've seen maybe a dozen people.

I think the best part of my internship, is the connection I've made with ODFW. I plan on volunteering once a week in order to continue the project I was such a part of.
Posted by Tabby Keefer at 7:58 PM