Jonathan - Week Two: All the tools

This week was dedicated to project design, making a supply list and gathering raw materials, and building the traps that I will be using to collect samples for data analysis. I also worked with Vince to gain a better understanding of Microsoft Access, Excel, and some other software.

Designing and building a trap, on a very narrow budget, is not an easy thing to do. The traps I designed were almost entirely made from recycled (or trashed) material. Fortunately, my lab is right next to the facilities shop and I have been able to get friendly with the facilities staff members. The only items purchased specifically for building the traps were some U-Bolts and a little metal epoxy. 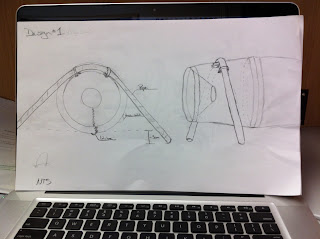 Vince has been very good at keeping me focused and level about approaching the design and overall logistics of the project. Before moving forward of a design he had me sketch a few designs for approval before starting the building process. I have found this approach very useful, and the care and forethought that has gone into designing and making these traps will surely carry through the rest of the project, and will follow me throughout my scientific career. 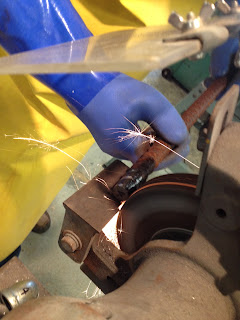 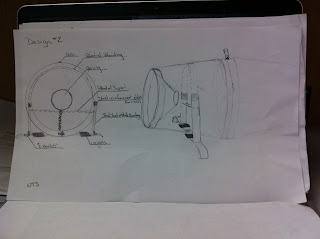 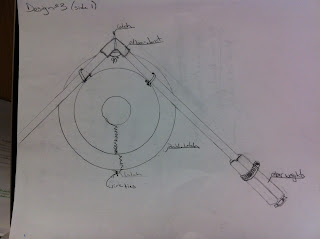 The final design worked out to be close to the one just to the right of this text (design 3). Rather than cut the extra rebar to weigh down the traps we simply used a heavier gage and eliminated the need for additional weight. Once Vince and I decided on a design it was time to get to work. The facilities guys were a great help and allowed us to use the shop as needed. (Credit Vince for the photo to the above-sparks flying)


Because we are trying to keep the costs to a minimum we decided to use some of the knot work that I have been practicing to make the handle and anchor point to to attach the clip and line to. Having built one trap it was time to replicate it. 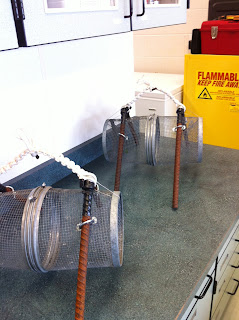 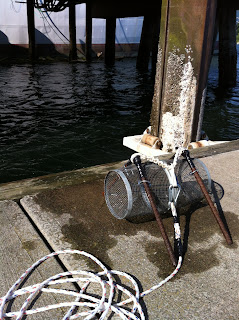 The second trap was built without issue. Another thing that seems a bit obvious but may not always be at the front of one's mind, especially if using scrap material, is that the design must be able to be duplicated.

All built, it was time for a trap to hit the water for a dry run. Vince and I went to the OSU dock, a trapping sight I'll be using, and tossed her in. All seems well, there were some good winds and the current seemed to pull the trap a little on the decent but not once she reached the bottom. Success! The pull of the current is easily corrected by choosing carefully where and when to deploy the trap. Monday will be the true test as that is the first day of deploying at both the OUS dock and the South Jetty.

Other things to note:
Tuesday morning was awesome! The roommates and I got up early to check out the tide pools at seal rock. We were able to meet up with Itchung and some of the other interns and had a really good time! Highlights were the nudibranchs and the chitons that I was able to find. I was able to snap a few pictures and will try to get a separate blog post up with the photos from there. It was the 4th of July this Wednesday! Vince brought me to Corvalis during the day to show me the lab space that Drs. Selina and Scott Heppell have there and to give me a nice little tour of the town. I've only been through there once and I'll be moving there in the fall. I'm glad to have seen a little more of the town and feel a little better about moving to a place having really never been there. Also, block 15, a restaurant in Corvalis has a killer Ruben (or the "Brewben" as they call it)! The evening was a good time to bond with the other 41 interns that are here at HMSC, or at least the ones that came out to watch the fireworks. 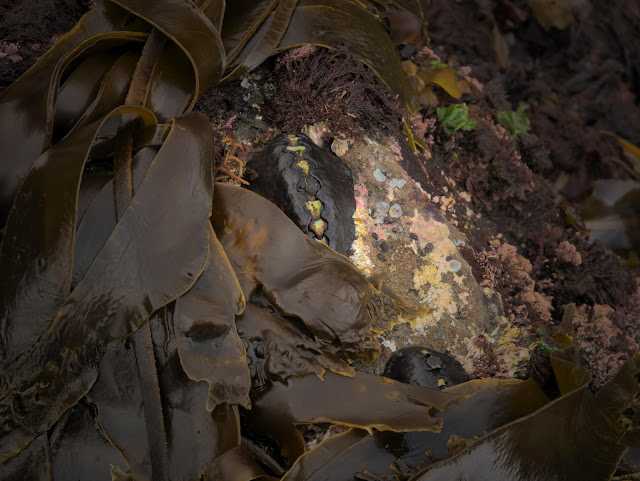 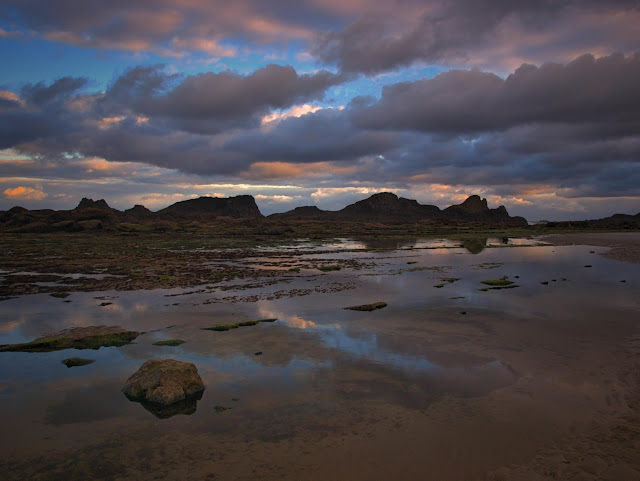 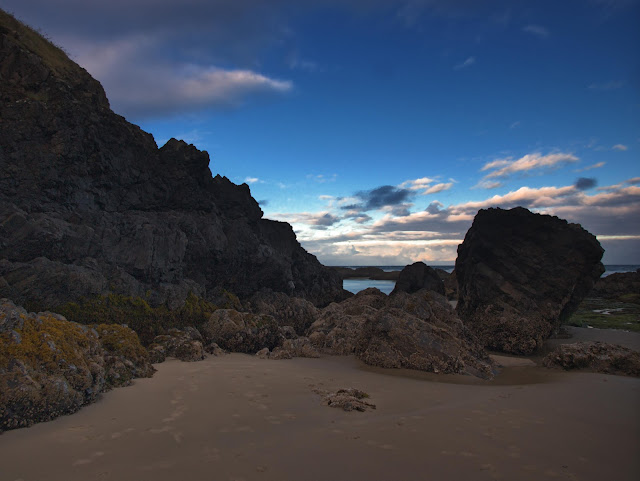