The comfort level living here at Hatfield Marine Science Center has increased dramatically since arriving a whole three weeks ago. My roommates Dylan and Ian are both great guys and are a pleasure to live with. Surprisingly, Dylan, is also here receiving credit for the intensive internship course for Oregon State’s Fisheries & Wildlife Degree. It’s almost comical because I’m doing this internship as my first class  for OSU while he’s taking it as his last. But I’ve really enjoyed being able to bounce future plans and ideas off Dylan since he’s preparing to graduate from the program that I’m just beginning. My other roommate Ian just showed up about a week ago. Ian’s also another OSU student who’s here taking an ornithology course as part of his senior year. Being around so many other students who have similar paths is really exciting.

Since my last blog entry things at work have been running smoothly. Justin, Mitch and Steve now have me entering my survey data into Microsoft Access, which is time consuming but quite straight forward. The surveys are really beginning to add up. I think I’ve done a total of 55 at this point. So for the later part of this week I’ll probably spend a good deal of time doing data entry. For this upcoming Monday I’ll have the opportunity to assist ODFW and NOAA during a Shellfish sampling project being done underneath the new docks that were constructed for the NOAA fleet. The sampling project is being done as part of a mitigation deal between Department of State Lands and the Port of Newport. Since the NOAA docks were built on prime habitat for a number of species, every ten years the Port of Newport must sample the area with the help of a dive team to see whether anything is returning post construction. From what my supervisors told me my job will probably involve hauling rope and other similar tasks, but regardless I am very much looking forward to being apart of such a large scale project! 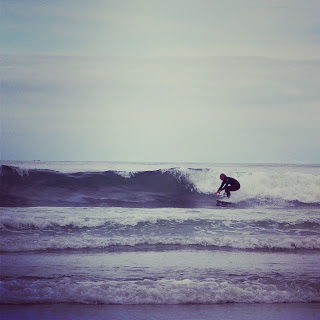